Updates, announcements and waterfront story ideas will be posted here daily from January 11 to February 4, the period between closure of SR99 viaduct and opening of replacement SR99 tunnel.

For interviews, quotes, photos, stories, videos or background, please contact us.  We are set up to reply almost immediately to media inquiries.  We would love to provide you with all you need to excite your readers, viewers and fans about the transformation underway along the Seattle waterfront!

Seattle, WA - February 4, 2019:  Today concludes Seattle Historic Waterfront Association's Daily Brief that started in conjunction with the closing of SR99 viaduct to traffic on January 11.  The new SR99 tunnel is now open for traffic.   Demolition of viaduct is slated to start on February 12. 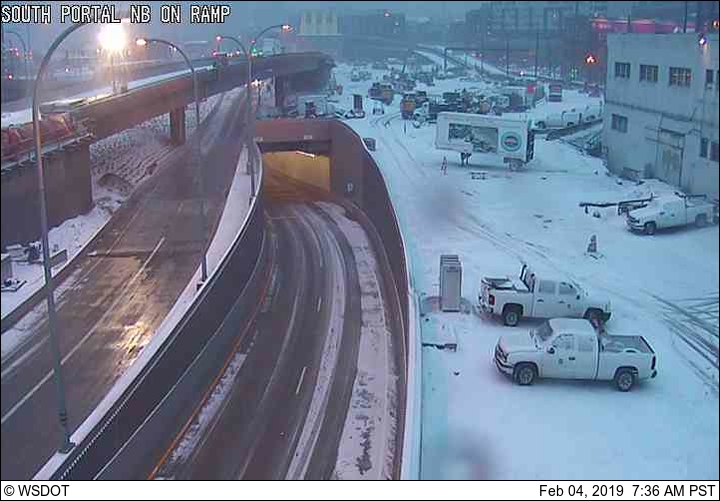 First day of SR99 tunnel traffic opening started slow with few cars on the road to brave the slick conditions. 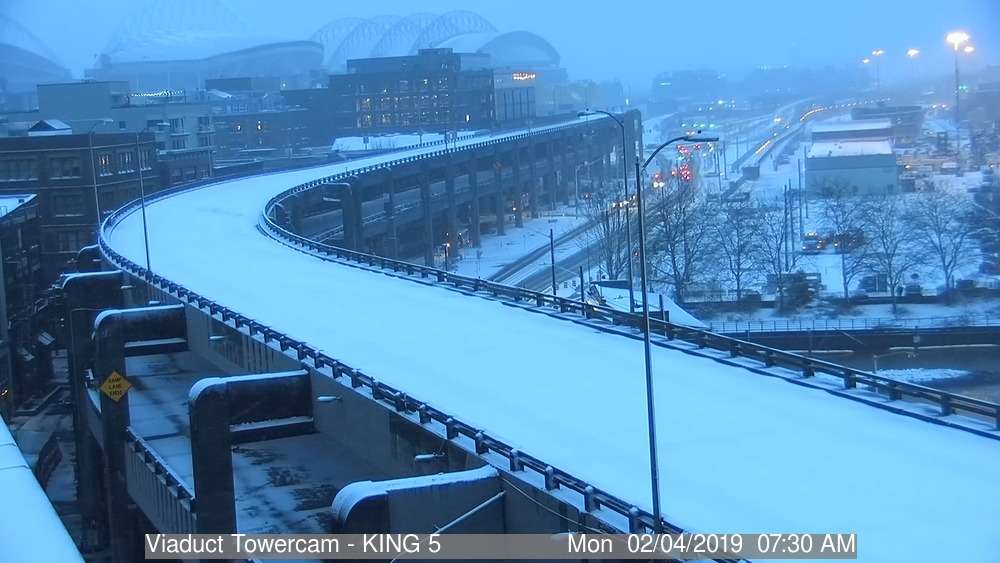 Snow covered the silenced viaduct on same day that its replacement tunnel opened.

Seattle, WA - February 3, 2019:  Today's bike race on the viaduct went off without a hitch.  Bikers braved the elements and took in the views for a final goodbye.  There will never again be public access to the viaduct.  Eyes are now turned towards demolition of the concrete relic.  KIRO 7 News produced an excellent report on transformation underway.

Work on Colman Dock is progressing fast with WSDOT building an entirely new, modern ferry terminal while keeping an old one running to prevent passenger disruption.  The work being done here is an attraction in its own right.  Don't miss it next time you visit the Seattle waterfront.  Learn more, contact us. 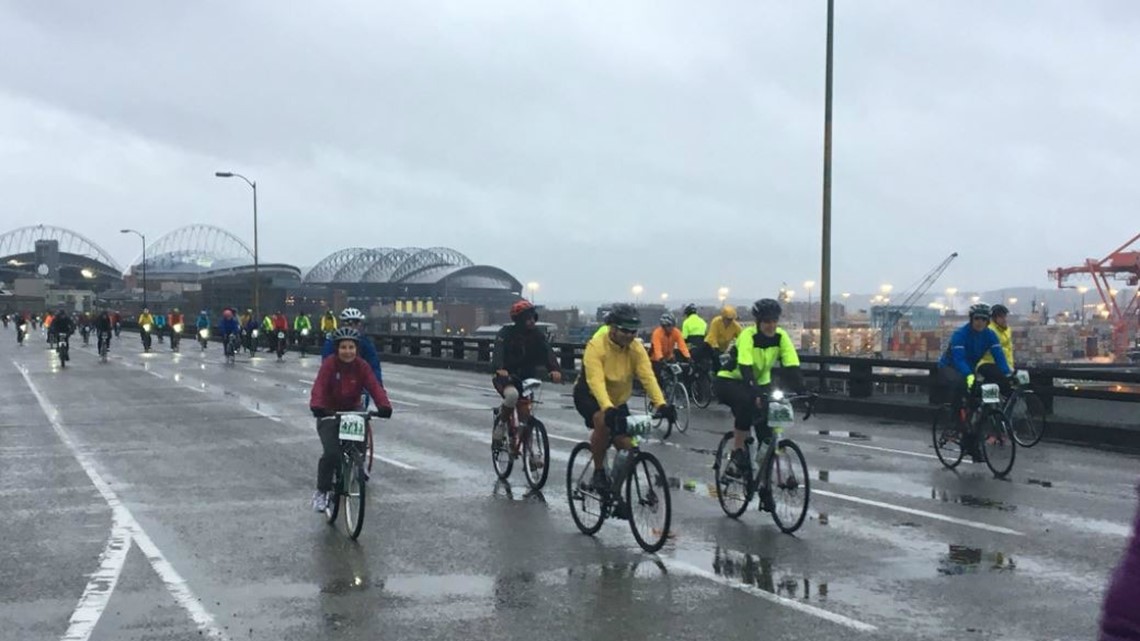 Thank you KING5 for this shot of today's bike ride on the viaduct.

Seattle, WA - February 2, 2019:  BIG Weekend on the Waterfront!  Three weeks have passed since the viaduct fell silent and this weekend is the big celebration to say goodbye to the viaduct and hello to the tunnel.

Seattle Times writer, Madeline McKenzie, wrote an excellent summary of all the things happening today and tomorrow.  Of special note among planned activities is the site-specific performance at 2pm and 4pm on Pier 58.  With the silent viaduct as a backdrop, this promises to be a deeply moving, beautiful and poignant moment in time.  Don't miss it. 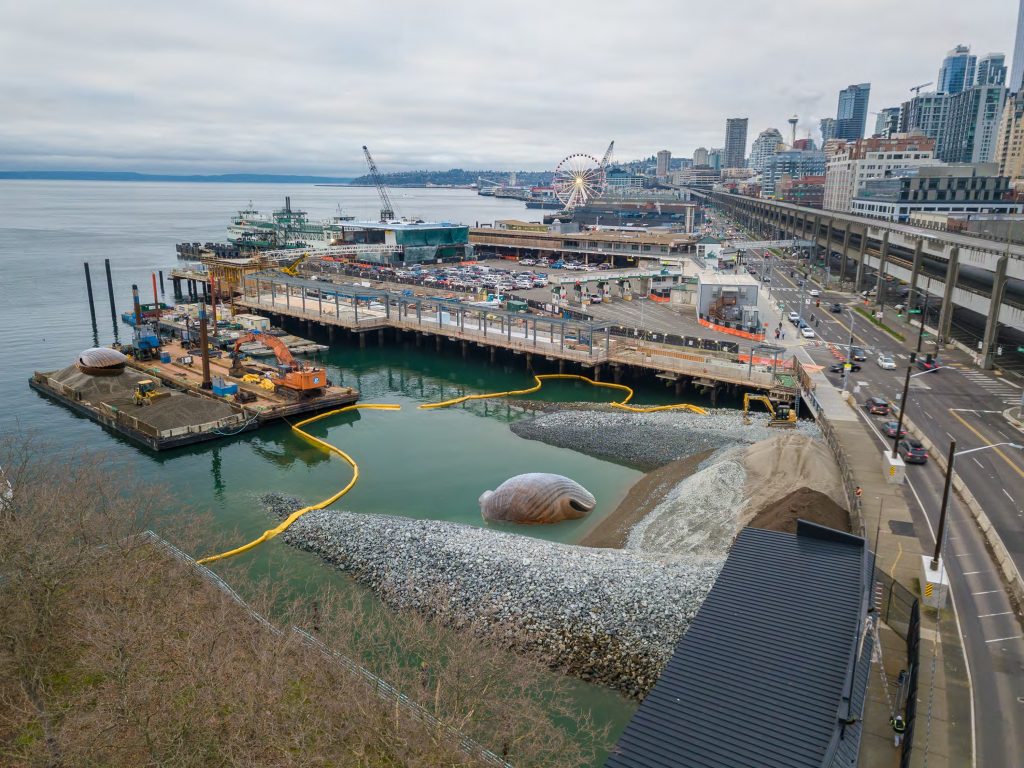 One of the dancing clams from Ivar's (Pier 54) wandered off from an event this week and went missing.  She was last spotted this morning from the viaduct bathing at the new public beach near the Washington Street boat landing.

Seattle, WA - February 1, 2019:  The new SR99 Tunnel under Seattle is slated to open on schedule next Monday!  Celebrations will be held all weekend with 100,000 people expected for planned activities, including a run, a bike ride, an arts festival and much more.  Details at:  https://99stepforward.com/

Check out this great video about the viaduct from Q13, the local FOX affiliate.

Seattle, WA - January 31, 2019:  The latest Seattle waterfront scuttlebutt has it that viaduct demolition will start on February 12, later than originally expected.  June 1, 2019, remains the targeted completion date for viaduct demolition.

Seattle Historic Waterfront Association thanks local social media experts, Project Bionic, for their help in organizing our most concerted community outreach online since we built this website last summer.  Although our association has been active for nearly 50 years, this is our first website:-)

Seattle, WA - January 30, 2019:  As the date for opening of new tunnel approaches and with two weeks passed since closing of viaduct, life along the land side of the waterfront is regaining a groove.  Over 100,000 people are expected to participate this weekend in viaduct and tunnel celebrations (Feb 2-3).  The tunnel should open February 4, the end of Period of Maximum Constraint?  Stay tuned.

For the most recent, official source of waterfront construction news, sign up for newsletter at:  https://waterfrontseattle.org/Construction

On the water side of Seattle waterfront, the seasons and tides follow their natural rhythm, unaffected by development and construction.  Squid fishing along the piers is hot in the evenings when the air is chilly. 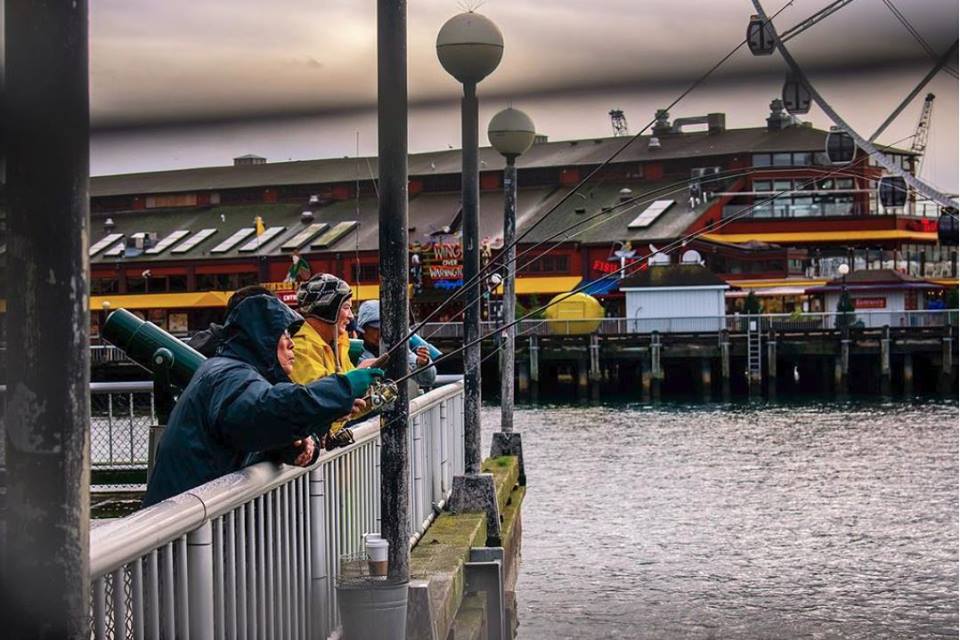 The new legislation establishes the Waterfront Local Improvement District, known as LID, to oversee renovation on 20 acres of waterfront land and ensure that the Central Waterfront Park is welcoming, clean, safe and attractive for future generations.

Traffic was light along Alaskan Way yesterday outside peak commute hours (7-9 am and 4:30-6:30 pm).  Parking was plentiful all day under the viaduct and in nearby parking garages.  People strolled the promenade taking in the sights and enjoying clear January skies.

If you are preparing a story about the Seattle waterfront, then we would love to support you.  Contact us. 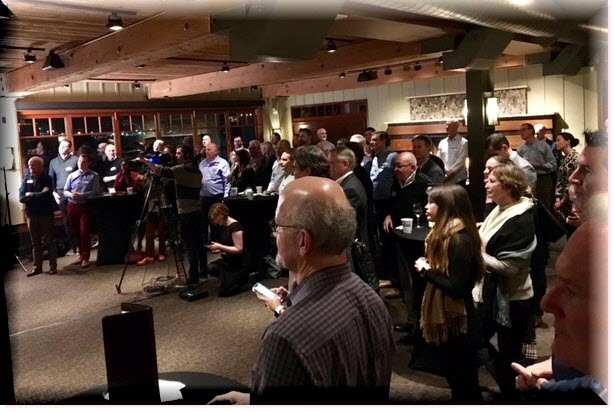 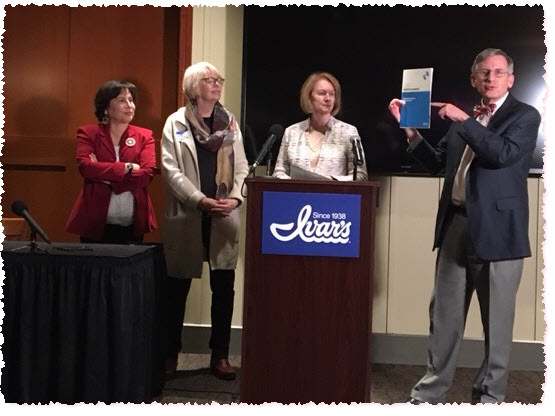 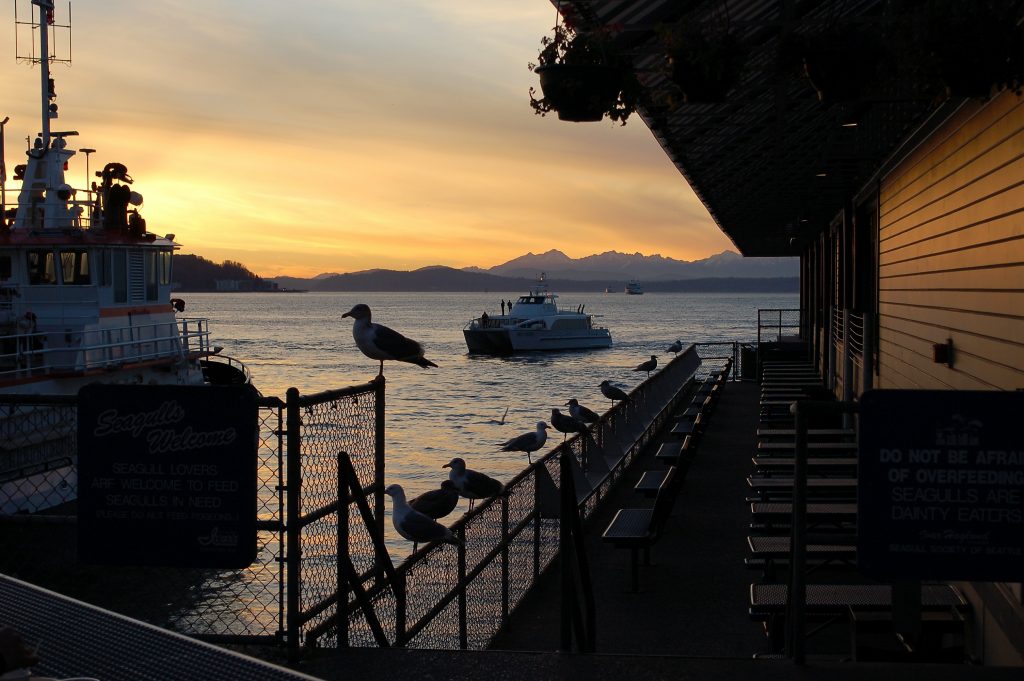 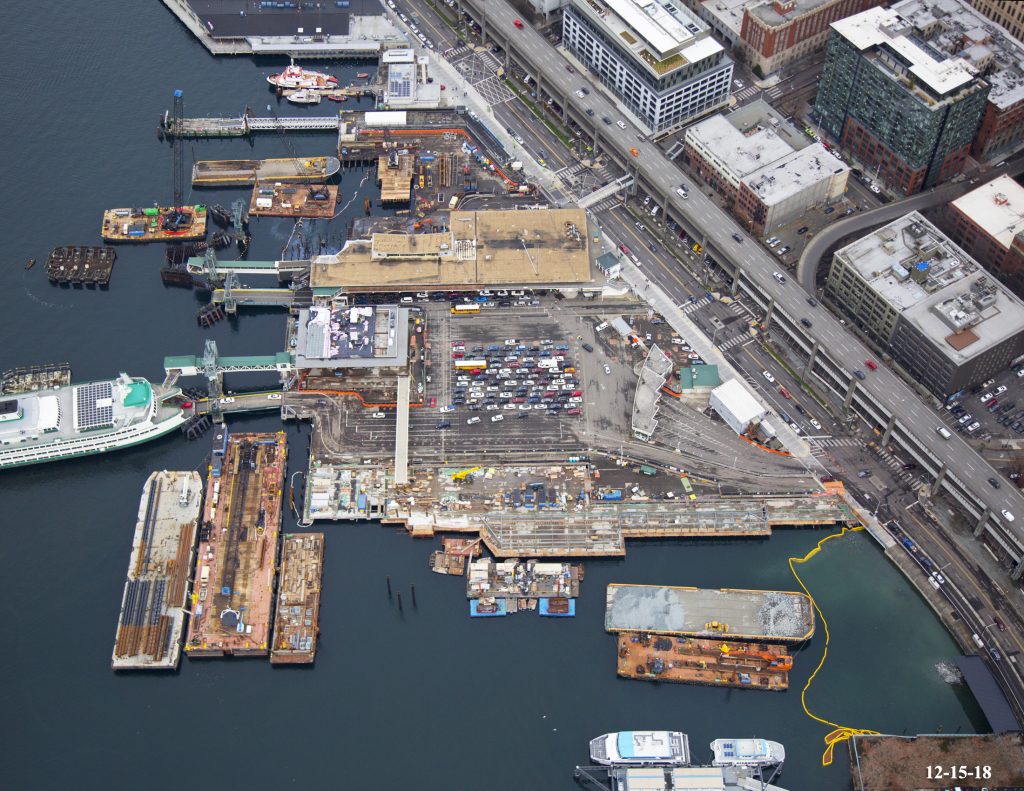 Colman Dock under renovation. From this aerial photo, you can see the apron north of the ferry terminal (brown roof) has been removed. The finger extending from the south will become the new passenger ferry docks. 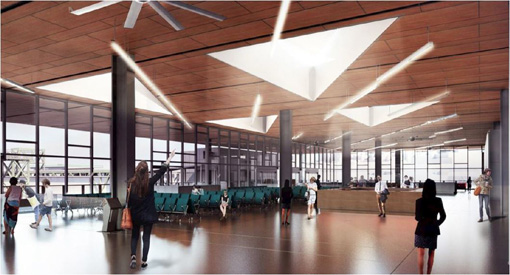 Conceptual design of the interior of the new Seattle ferry terminal.

Seattle, WA - January 27, 2019:  A new beach is under construction south of Colman Dock and north of Pier 48.  Providing a home for everything from barnacles to birds, Habitat Beach will offer endless opportunities to educate and inspire.  In seeking wishes for the new waterfront park many people said they wanted "to touch the water."  At this beach, they will be able to do so. 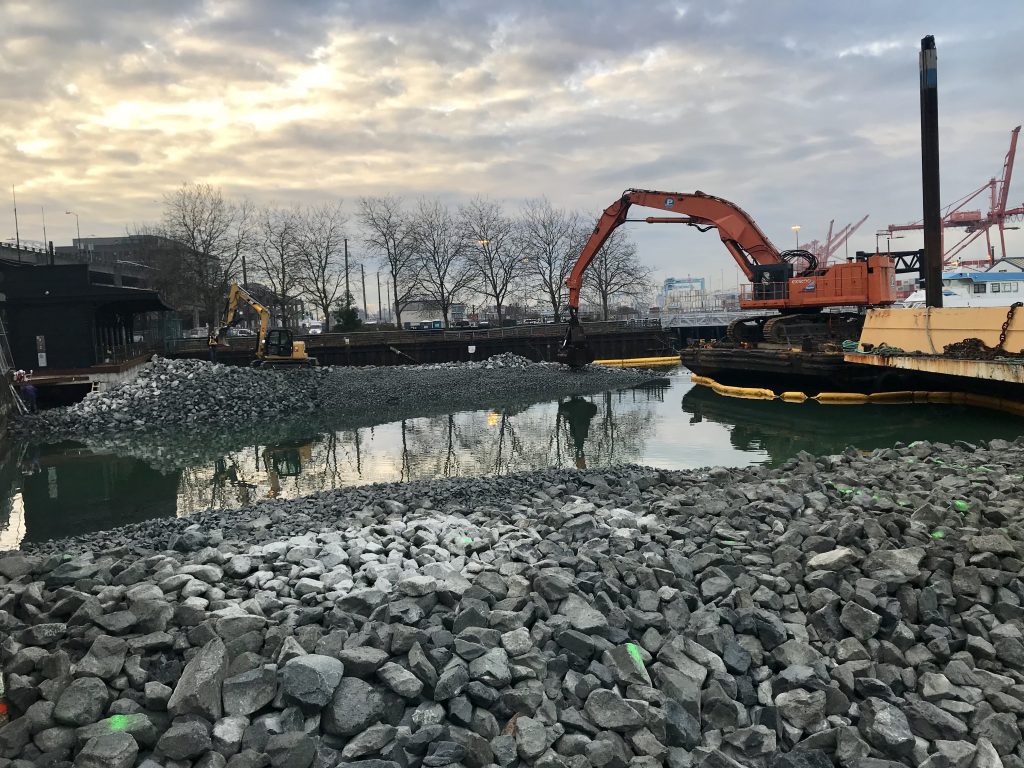 Habitat Beach under construction. Click on image for HD version of photo. 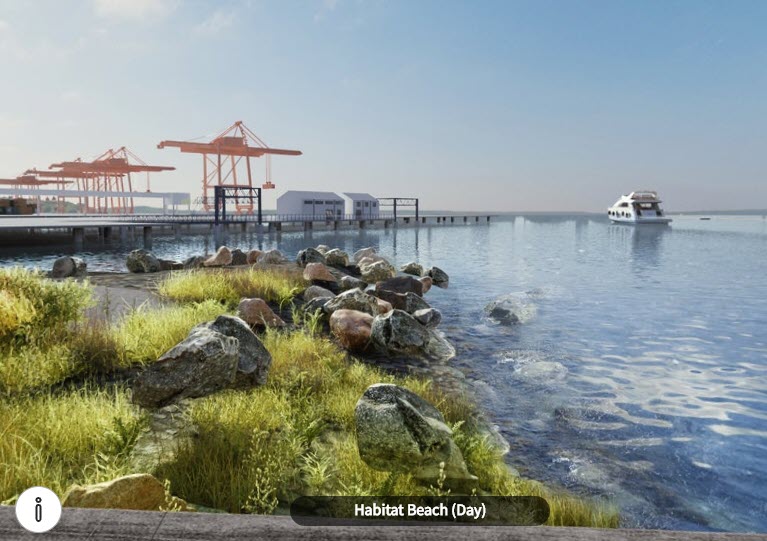 Seattle, WA - January 26, 2019:  Yesterday marked a milestone for the FREE Seattle Waterfront Shuttle. 100,000 riders! To call the shuttle a success is an understatement. Riders are showering praise on the idea and implementation, including extended hours on North and South Loops. For more information and story support about the shuttle, contact us.

Seattle, WA - January 25, 2019:  Today Seattle Historic Waterfront Association hosted a gathering of business, transportation and nonprofit leaders to discuss progress and timeline for viaduct demolition. It will happen fast, one block at a time. If all goes according to plan, the viaduct will be gone by June 1, 2019.

In other news on the waterfront, we tracked down the creative genius behind the Viaduct Rest in Pieces t-shirt that hundreds of people liked and shared online.

Seattle, WA - January 24, 2019:  Mostly dry weather and sun are forecasted for Seattle in the coming days, including this weekend.  The nearly 300 new parking spots under the viaduct are expected to remain until at least 2021.  Additionally, local garages are matching street parking prices, which start at $3 per hour for up to four hours thanks to DownTownSeattleParking.com. It's shaping up to be a beautiful Seattle weekend.

Seattle, WA - January 23, 2019:  Yesterday marked the halfway point between closure of viaduct and opening of tunnel.  Traffic was considerably heavier than usual along the waterfront's Alaskan Way and side streets while parking lots stood half empty, especially during morning and evening commutes.  For anyone prepared to brave the rain and able to reach the waterfront, it was an amazing day to visit.  Seals and sea lions were spotted and reportedly unaffected by the rain:-)

Seattle, WA - January 22, 2019:  Below are photos with different takes on celebrating the demise of Seattle's now historic viaduct, including the big event planned by WSDOT February 2-3.  If you are a writer, blogger, reporter, producer or photographer in Seattle, then we would love to support you in creating your own angle on the viaduct.  Contact us.

Seattle, WA - January 21, 2019:  Locals and visitors walked to the Seattle waterfront yesterday to take in the sights, including the now silent viaduct and the wildlife.  Vehicle traffic was light along Alaskan Way and side streets.  Seattle public street parking is free today for Martin Luther King Jr. Day and the FREE Waterfront Shuttle is running.

Seattle, WA - January 20, 2019:  Vehicle traffic was generally lighter than usual and parking was plentiful along Alaskan Way yesterday to kick off the long weekend.  Waterfront businesses are open and welcoming visitors.  Seattle street parking is free today (Sunday) and tomorrow (Martin Luther King Jr. Day).  The Period of Maximum Fun and Deals continues until opening of new tunnel on February 4.

Seattle, WA - January 19, 2019:  One week has passed since the viaduct was closed to traffic in preparation for opening of new tunnel on February 4.  Parking spots around the waterfront remained plentiful throughout the day Friday while Alaskan Way and surrounding side streets were more congested than usual during peak commuting hours.

Meanwhile, people have started leaving their mark and expressing themselves on the viaduct.

Seattle, WA - January 18, 2019:  Evening commute traffic last night was heavier than the night before along Seattle waterfront on Alaskan Way, but overall lighter than usual, especially outside peak commute hours.   A big party is planned to celebrate the end of viaduct and opening of replacement tunnel. People will be allowed to walk the length of the tunnel on weekend of Feb 2-3.  There will be an arts festival on the viaduct, a run and much more. 100,000 people are expected.  Details and registration at: https://99stepforward.com

Seattle, WA - January 17, 2019:  Yesterday was another beautiful, mild, calm day along the Seattle waterfront.  Traffic remained light with plenty of parking under the viaduct.  The 300 new street parking spots under the viaduct are expected stay at least for the rest of this year.  WSDOT is demolishing the viaduct block by block to minimize disruption to traffic, parking and business.

Seattle, WA - January 16, 2019:  Period of Maximum FREE Waterfront Shuttle.  Traffic along Alaskan Way remained lighter than usual yesterday with plentiful parking under the viaduct.  The FREE Waterfront Shuttle has seen a 40% uptick in ridership this week.  On January 7, hours were extended for the shuttle on North & South loops.  More info on the free shuttle at: https://www.seattlewaterfront.org/seattle-waterfront-parking/#shuttle

Seattle, WA - January 15, 2019:  Period of Maximum Solitude?  While temperatures reached near record highs the last 3 days, crowds on Seattle's waterfront seemed to reach record lows.  One local merchant observed, "I've never seen it this empty.  It might be the best time of year to visit.  Between the silent viaduct and non-existent crowds, it's simply surreal, beautiful and calm."

Traffic was light yesterday all over Seattle with half-empty parking lots and deserted streets.  Businesses are all open and the views have been stunning over Elliott Bay with the snow-capped Olympics as the backdrop.

Seattle, WA - January 13, 2019:  The crowds and traffic were light on the Seattle waterfront yesterday.  Onlookers gathered near the Seahawks' CenturyLink Field to watch and record the start of viaduct demolition.   WSDOT Construction Notices and Detours page has more information.

Seattle, WA - January 12, 2019:  The viaduct closed to traffic last night 90 minutes late because a party broke out on the top deck as the last passing motorists stopped to revel.   Seattle Times published an excellent article about it here: https://www.seattletimes.com/seattle-news/transportation/goodbye-viaduct-the-highway-closes-for-good-after-66-years-on-seattles-waterfront/

Seattle, WA - January 11, 2019:  Tonight at 10PM, the viaduct (Highway 99) will be closed to traffic permanently along the Seattle waterfront.   Details of closure at: http://www.wsdot.wa.gov/Projects/Viaduct/realign99

On February 4, 2019, the new tunnel is expected to open for traffic.    The three weeks between viaduct closure and tunnel opening have been coined "Period of Maximum Constraint".  WSDOT updates on the closure can be found at: http://www.wsdot.wa.gov/Projects/Viaduct/realign99

Seattle, WA - January 8, 2019:  Any business owner concerned about the impact on employees getting to and from work during Period of Maximum Constraint is invited to contact Commute Seattle, which is holding a meeting today.  Details at:  https://commuteseattle.com/calendar/

View all posts by: SHWA 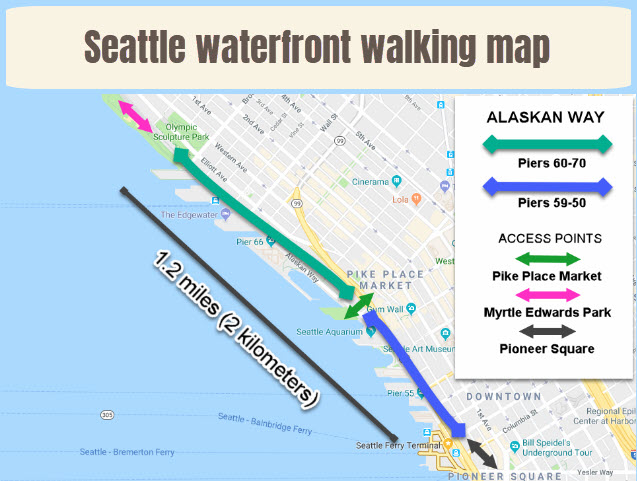 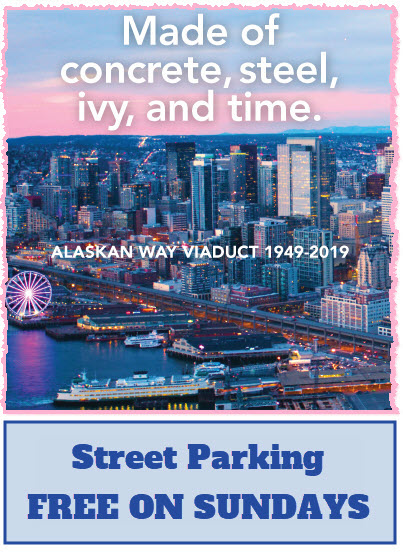 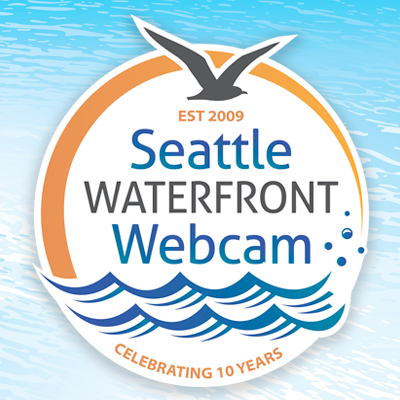 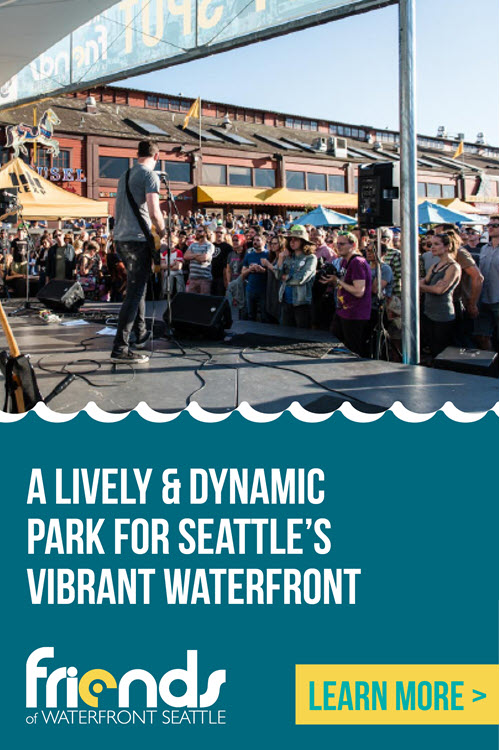